GET TO KNOW OUR TEAM

The whole is more than the sum of its parts. 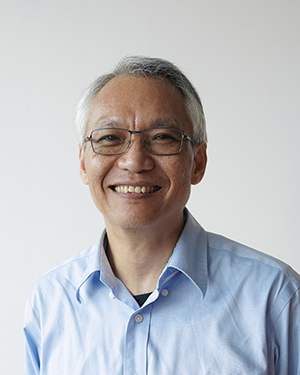 Co-founded a tech startup and three seed business units at Intel with 20+ years of management and R&D experience at Intel, HP/Agilent and Motorola. Has been a strong advocate for applying nanotechnologies to solve biological problems. 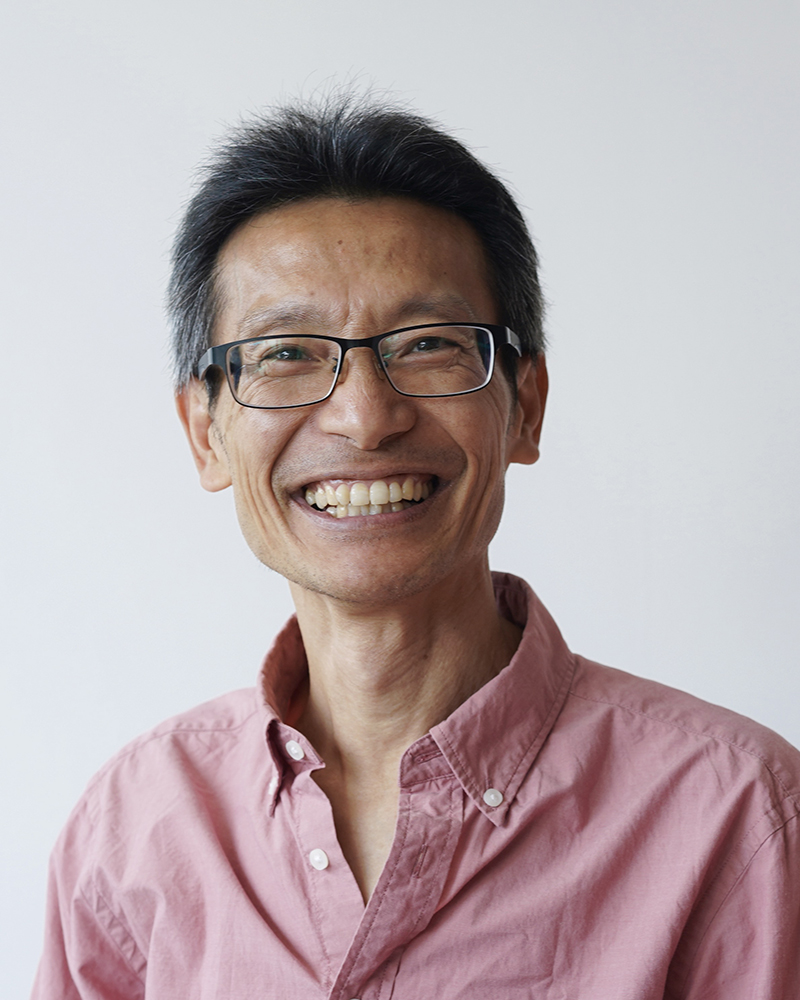 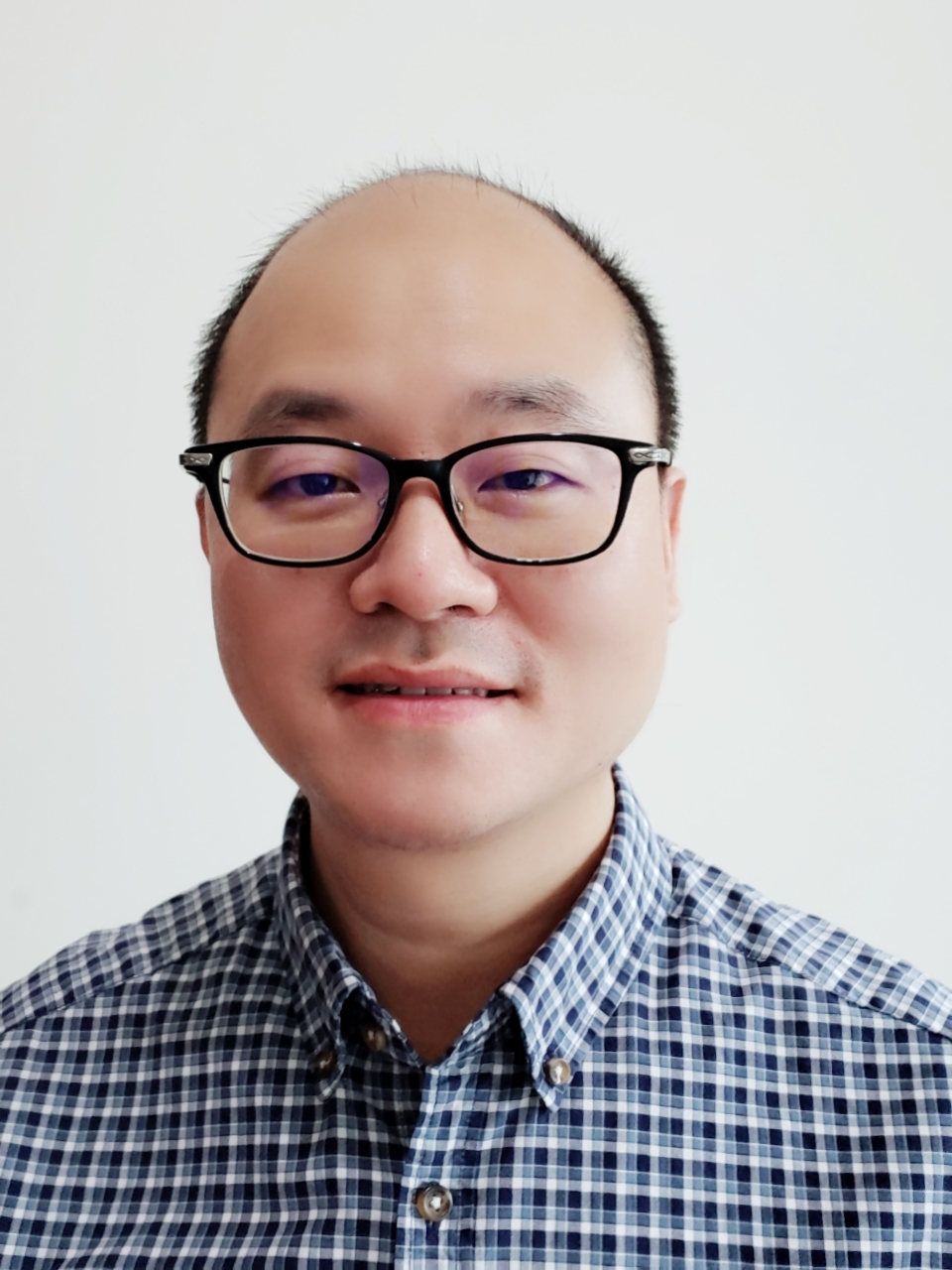 – Co-founder, VP of Research and Development

Co-founded two hi-tech startups. Has 15+ years of experience as key technology provider and a seasoned research achievement with around 100 internationally refereed journal papers and 14 patents granted.

– Non-executive Member of Board of Directors

Obtained a master’s degree of business administration from the Columbia University and a bachelor’s degree of science from the University of Rochester in 1990 and 1986, respectively. He has over 15 years of business experience and over 9 years of experience in corporate governance. From 2012 to 28 February 2018, he was the chief executive officer of mReferral Corporation (HK) Limited which is a leading mortgage referral company and is a joint venture of Midland Holdings Limited and Cheung Kong (Holdings) Limited. From March 2012 to June 2012, he was the chief financial officer of China Smart Electric Co. Ltd. From July 2009 to October 2011, he was the chief financial officer of Trony Solar Holdings Company Limited which was a publicly listed company on the Main Board of the Stock Exchange. He has previously worked for Shanghai Century Acquisition Corporation, a company listed on the American Stock Exchange, and United Energy Group Limited, a company listed on the Stock Exchange. He was a director at ABN AMRO Asia Corporate Finance Ltd. and was also a director at the Hong Kong and Shanghai Banking Corporation Ltd. From June 2012 to June 2015, he was an independent non-executive director of Weichai Power Co. Ltd. which is a publicly listed company on the Main Board of Stock Exchange.

will be announced soon… 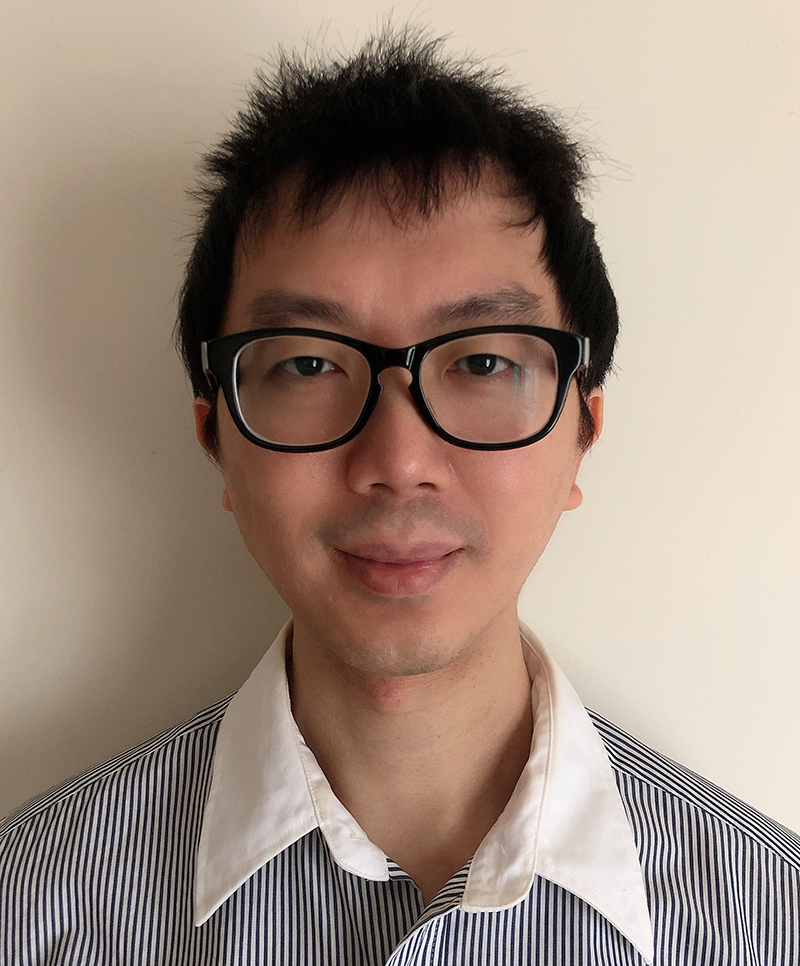 Being a team leader, Prof. Yam leads a capable research to investigate charge transport characteristics and phenomena using various modeling and simulation methods, such as multi-scale modeling, quantum mechanical simulation and molecular dynamics. He works with Genvida to investigate the subtle and complex translocation phenomenon through different nanopore configurations. 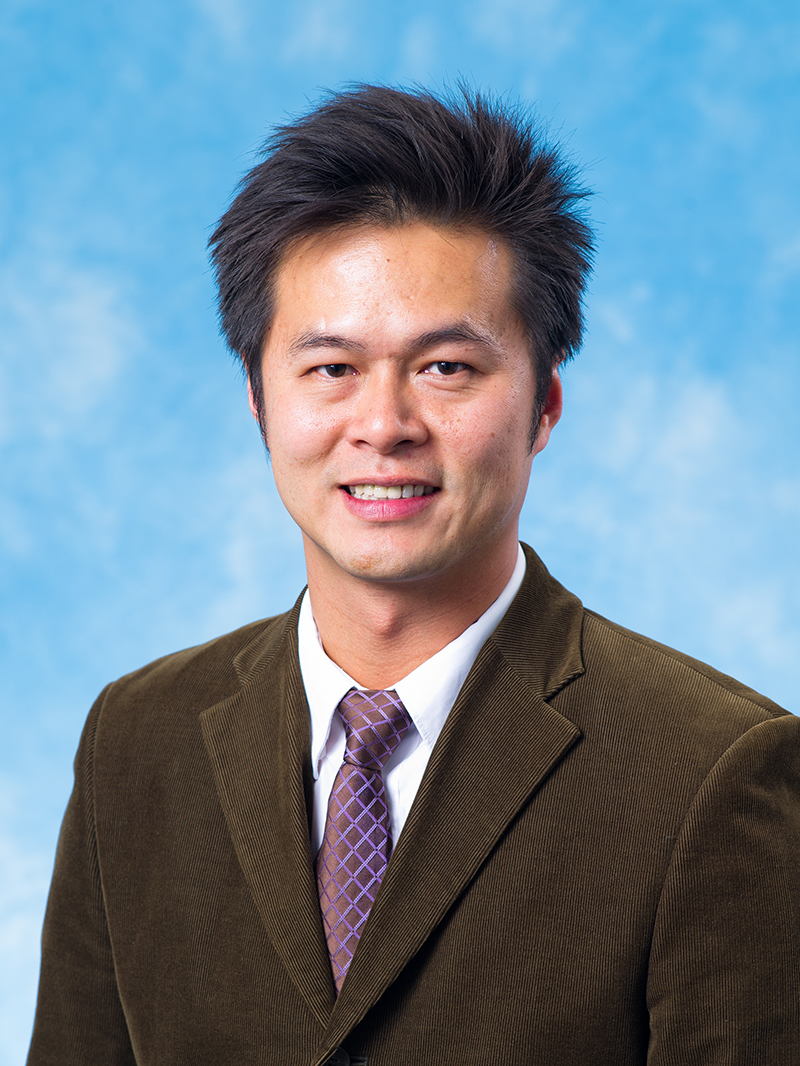 Prof. Tsang is currently the Associate Professor in Department of Materials Science and Engineering in City University of Hong Kong, leading a research team on organic and nano electronics. He is a renowned expert in novel nano electronic devices and advanced characterization of electronic processes in organic and nano materials. He collaborates with Genvida to develop novel measurement techniques to collect and analyze the electrical and electronic signals induced by DNA translocation through nanopore. 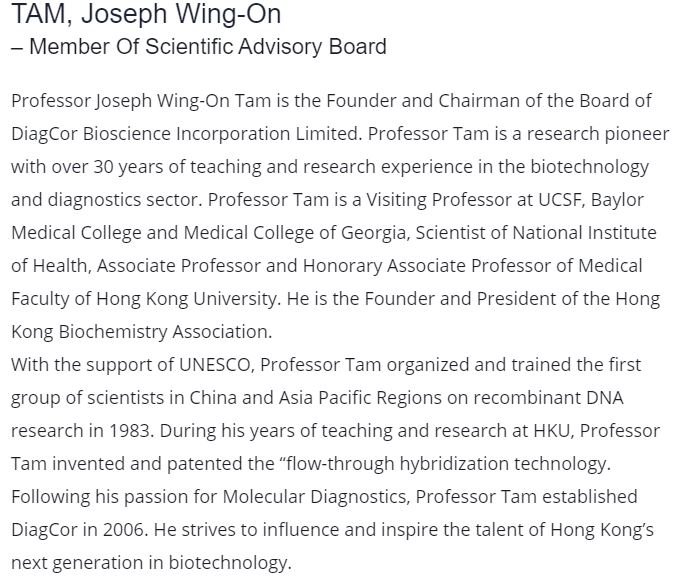 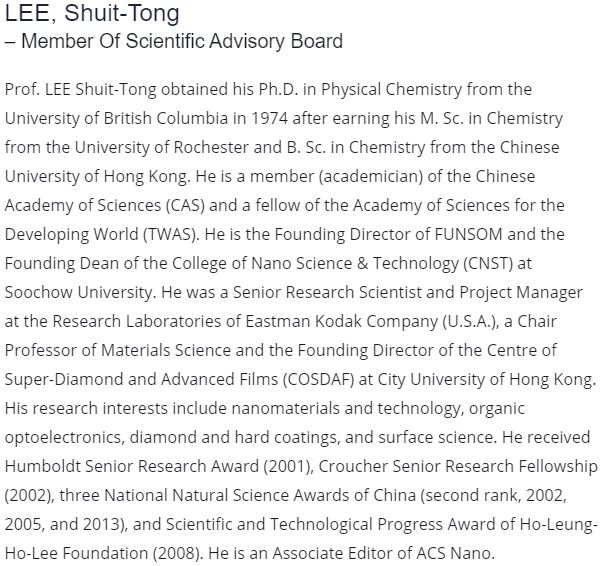 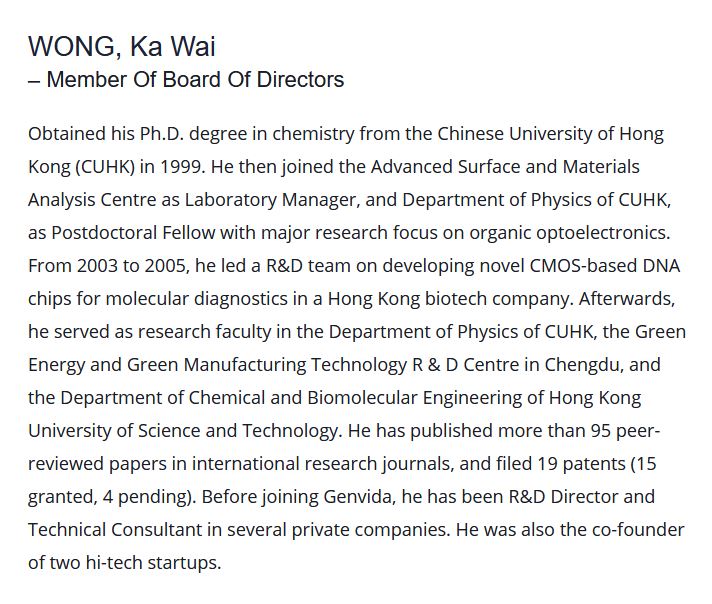 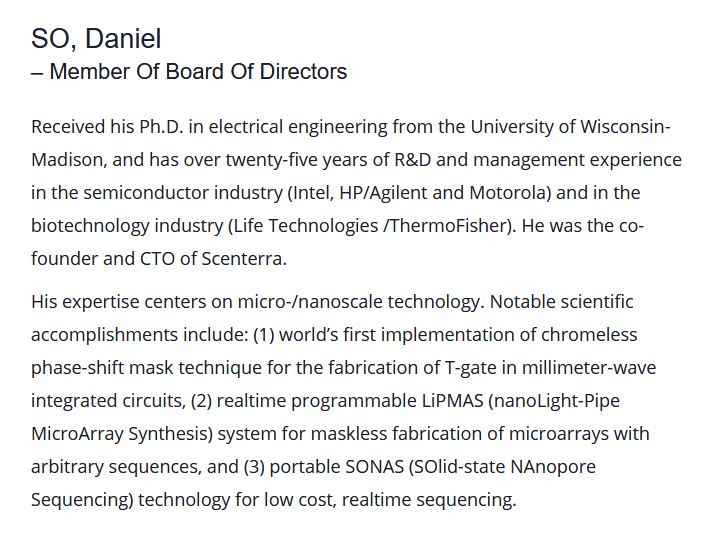 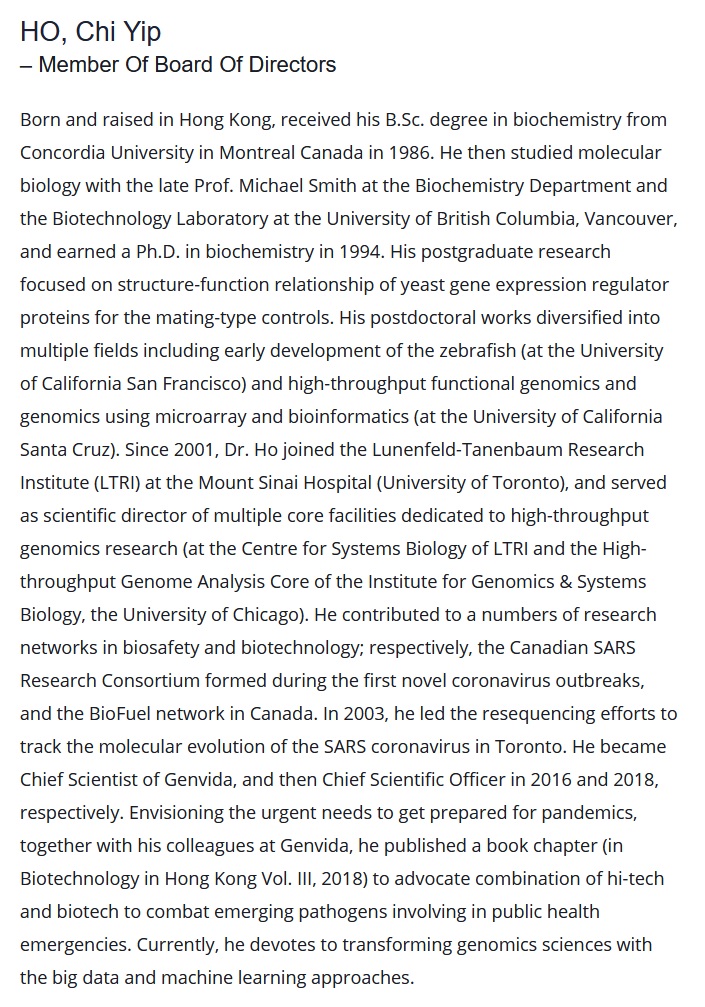 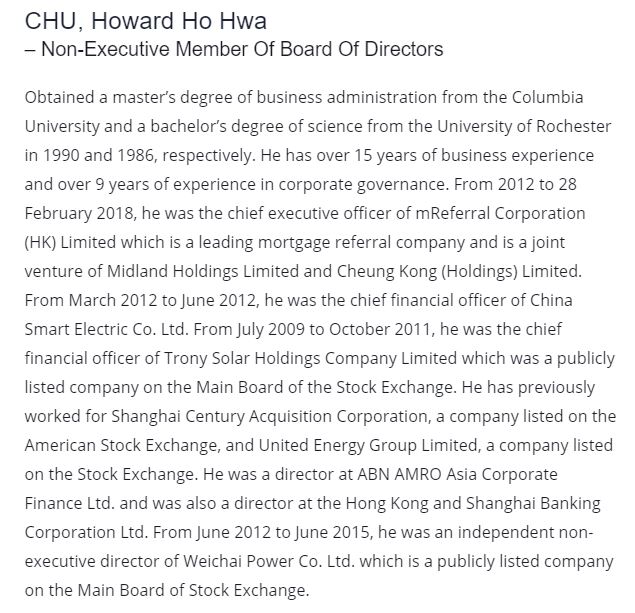